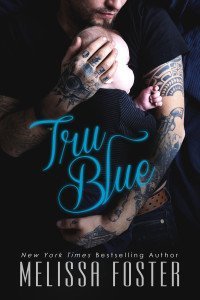 TRUMAN GRITT LOCKED the door to Whiskey Automotive and stepped into the stormy September night. Sheets of rain blurred his vision, instantly drenching his jeans and T-shirt. A slow smile crept across his face as he tipped his chin up, soaking in the shower of freedom. He made his way around the dark building and climbed the wooden stairs to the deck outside his apartment. He could have used the interior door, but after being behind bars for six long years, Truman took advantage of the small pleasures he’d missed out on, like determining his own schedule, deciding when to eat and drink, and standing in the fucking rain if he wanted to. He leaned on the rough wooden railing, ignoring the splinters of wood piercing his tattooed forearms, squinted against the wetness, and scanned the cars in the junkyard they used for parts—and he used to rid himself of frustrations. He rested his leather boot on the metal box where he kept his painting supplies. Truman didn’t have much—his old extended-cab truck, which his friend Bear Whiskey had held on to for him while he was in prison, this apartment, and a solid job, both of which were compliments of the Whiskey family. The only family he had anymore.

Emotions he didn’t want to deal with burned in his gut, causing his chest to constrict. He turned to go inside, hoping to outrun thoughts of his own fucked-up family, whom he’d tried—and failed—to save. His cell phone rang with his brother’s ringtone, “A Beautiful Lie” by 30 Seconds to Mars.

“Fuck,” he muttered, debating letting the call go to voicemail, but six months of silence from his brother was a long time. Rain pelleted his back as he pressed his palm to the door to steady himself. The ringing stopped, and he blew out a breath he hadn’t realized he’d trapped inside. The phone rang again, and he froze.

He’d just freed himself from the dredges of hell that he’d been thrown into in an effort to save his brother. He didn’t need to get wrapped up in whatever mess the drug-addicted fool had gotten himself into. The call went to voicemail, and Truman eyed the metal box containing his painting supplies. Breathing like he’d been in a fight, he wished he could paint the frustration out of his head. When the phone rang for the third time in as many minutes, the third time since he was released from prison six months ago, he reluctantly answered.

“Quincy.” He hated the way his brother’s name came out sounding like the enemy. Quincy had been just a kid when Truman went to prison. Heavy breathing filled the airwaves. The hairs on Truman’s forearms and neck stood on end. He knew fear when he heard it. He could practically taste it as he ground his teeth together.

“I need you,” his brother’s tortured voice implored.

Need me? Truman had hunted down his brother after he was released from prison, and when he’d finally found him, Quincy was so high on crack he was nearly incoherent—but it didn’t take much for fuck off to come through loud and clear. What Quincy needed was rehab, but Truman knew from his tone that wasn’t the point of the call.

Before he could respond, his brother croaked out, “It’s Mom. She’s really bad.”

Fuck. He hadn’t had a mother since she turned her back on him more than six years ago, and he wasn’t about to throw away the stability he’d finally found for the woman who’d sent him to prison and never looked back.

He scrubbed a hand down his rain-soaked face. “Take her to the hospital.”

“No cops. No hospitals. Please, man.”

A painful, high-pitched wail sounded through the phone.

“What have you done?” Truman growled, the pit of his stomach plummeting as memories of another dark night years earlier came rushing in. He paced the deck as thunder rumbled overhead like a warning. “Where are you?”

Quincy rattled off the address of a seedy area about thirty minutes outside of Peaceful Harbor, and then the line went dead.

Truman’s thumb hovered over the cell phone screen. Three little numbers—9-1-1— would extricate him from whatever mess Quincy and their mother had gotten into. Images of his mother spewing lies that would send him away and of Quincy, a frightened boy of thirteen, looking devastated and childlike despite his near six-foot stature, assailed him.

He remembered Quincy’s wide blue eyes screaming silent apologies as Truman’s sentence was revealed. It was those pleading eyes he saw now, fucked up or not, that had him trudging through the rain to his truck and driving over the bridge, leaving Peaceful Harbor and his safe, stable world behind.

THE STENCH OF urine and human waste filled the dark alley—not only waste as in feces, but waste as in drug dealers, whores, and other deviants. Mud and graffiti streaked cracked and mangled concrete. Somewhere above, shouts rang out. Truman had tunnel vision as he moved swiftly between the tall buildings in the downpour. A dog barked in the distance, followed by the unmistakable yelp of a wounded animal. Truman rolled his broad shoulders forward, his hands fisted by his sides as memories hammered him, but it was the incessant torturous wailing coming from behind the concrete walls that had him breathing harder, readying for a fight. It sounded like someone—or something—was suffering inside the building, and despite his loathing for the woman who had brought him into the world, he wouldn’t wish that on her—or wish the wrath he’d bring down on whoever was doing it on anyone else.

The rusty green metal door brought the sounds of prison bars locking to the forefront of his mind, stopping him cold. He drew in a few deep breaths, pushing them out fast and hard as memories assailed him. The wailing intensified, and he forced himself to plow through the door. The rancid, pungent scents of garbage and drugs filled the smoky room, competing with the terrified cries. In the space of a few heart-pounding seconds, Truman took in the scene. He barely recognized the nearly toothless, rail-thin woman lying lifeless on the concrete floor, staring blankly up at the ceiling. Angry track marks like viper bites covered pin-thin arms. In the corner, a toddler sat on a dirty, torn mattress, wearing filthy clothes and sobbing. Her dark hair was tangled and matted, her skin covered in grit and dirt. Her cheeks were bright red, eyes swollen from crying. Beside her a baby lay on its back, its frail arms extended toward the ceiling, shaking as it cried so hard it went silent between wails. His eyes landed on Quincy, huddled beside the woman on the floor. Tears streaked his unshaven, sunken cheeks. Those big blue eyes Truman remembered were haunted and scared, their once vibrant color now deadened, bloodshot with the sheen of a soul-stealing high. His tattooed arms revealed the demons that had swooped in after Truman was incarcerated for the crime his brother had committed, preying on the one person he had wanted to protect. He hadn’t been able to protect anyone from behind bars.

“She’s…” Quincy’s voice was nearly indiscernible. “Dead,” he choked out.

Truman’s heart slammed against his ribs. His mind reeled back to another stormy night, when he’d walked into his mother’s house and found his brother with a bloody knife in his hands—and a dead man sprawled across their mother’s half-naked body. He swallowed the bile rising in his throat, pain and anger warring for dominance. He crouched and checked for a pulse, first on her wrist, then on her neck. The pit of his stomach lurched. His mind reeled as he looked past his brother to the children on the mattress.

“Those your kids?” he ground out.

Truman stumbled backward, feeling cut open, flayed, and left to bleed. His siblings? Living like this?

“What the hell, Quincy?” He crossed the room and picked up the baby, holding its trembling body as it screamed. With his heart in his throat, he crouched beside the toddler and reached for her, too. She wrapped shaky arms around his neck and clung with all her tiny might. They were both featherlight. He hadn’t held a baby since Quincy was born, when Truman was nine.

“I’ve been out for six months,” he seethed. “You didn’t think to tell me that Mom had more kids? That she was fucking up their lives, too? I could have helped.”

Quincy scoffed. “You told me…” He coughed, wheezing like he was on his last lung. “To fuck off.”

Truman glared at his brother, sure he was breathing fire. “I pulled you out of a fucking crack house the week I got out of prison and tried to get you help. I destroyed my life trying to protect you, you idiot. You told me to fuck off and then went underground. You never mentioned that I have a sister and—” He looked at the baby, having no idea if it was a boy or a girl. A thin spray of reddish hair covered its tiny head.

Their fucking mother and her presidential names. She once told him that it was important to have an unforgettable name, since they’d have forgettable lives. Talk about self-fulfilling prophecies.

Rising to his feet, teeth gritted, his rain-drenched clothes now covered in urine from their saturated diapers, Truman didn’t even try to mask his repulsion. “These are babies, you asshole. You couldn’t clean up your act to take care of them?”

Quincy turned sullenly back to their mother, shoving Truman’s disgust for his brother’s pathetic life deeper. The baby’s shrieks quieted as the toddler patted him. Kennedy blinked big, wet, brown eyes up at Truman, and in that instant, he knew what he had to do.

“Where’s their stuff?” Truman looked around the filthy room. He spotted a few diapers peeking out from beneath a ratty blanket and picked them up.

“They were born on the streets. They don’t even have birth certificates.”

“Are you shitting me?” How the fuck did they survive? Truman grabbed the tattered blanket that smelled like death and wrapped it around the babies, heading for the door.

Quincy unfolded his thin body and rose to his feet, meeting his six-three brother eye to eye. “You can’t leave me here with her.”

“You made your choice long ago, little brother,” Truman said in a lethal tone. “I begged you to get clean.” He shifted his gaze to the woman on the floor, unable to think of her as his mother. “She fucked up my life, and she clearly fucked up yours, but I’ll be damned if I’ll let her fuck up theirs. The Gritt nightmare stops here and now.”

He pulled the blanket over the children’s heads to shield them from the rain and opened the door. Cold, wet air crashed over his arms.

“What am I supposed to do?” Quincy pleaded.

Truman took one last look around the room, guilt and anger consuming him. On some level, he’d always known it would come to this, though he’d hoped he was wrong. “Your mother’s lying dead on the floor. You let your sister and brother live in squalor, and you’re wondering what you should do? Get. Clean.”

“And have her cremated.” He juggled the babies and dug out his wallet, throwing a wad of cash on the floor, then took a step out the door. Hesitating, he turned back again, pissed with himself for not being strong enough to simply walk away and never look back. “When you’re ready to get clean, you know where to find me. Until then, I don’t want you anywhere near these kids.”

Ready for MORE?
Get your copy here