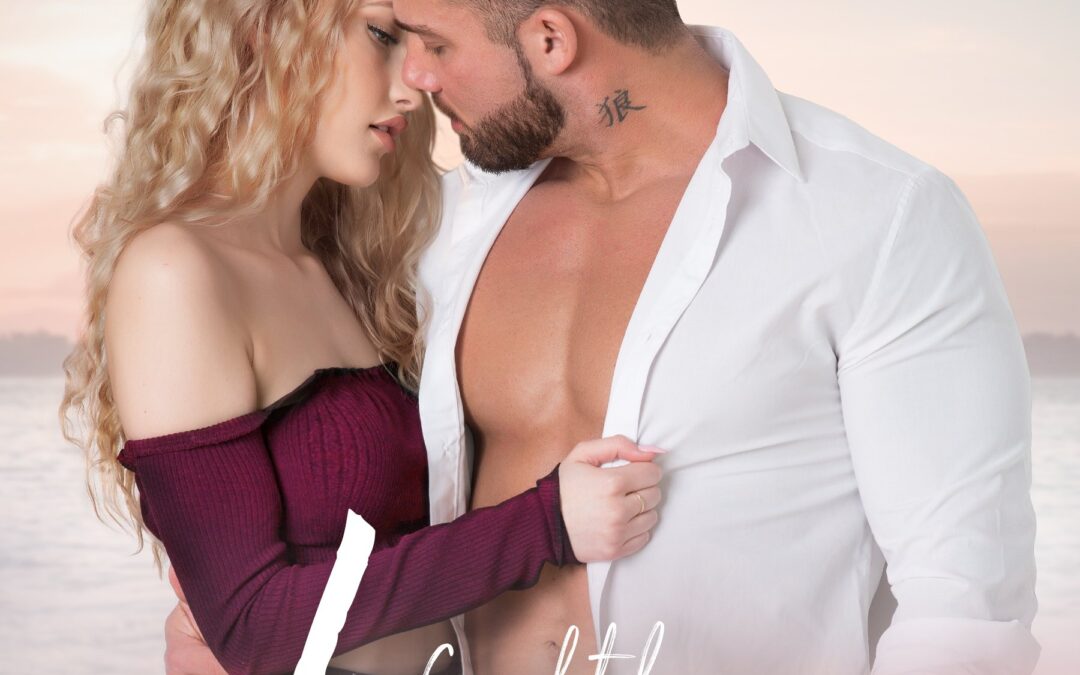 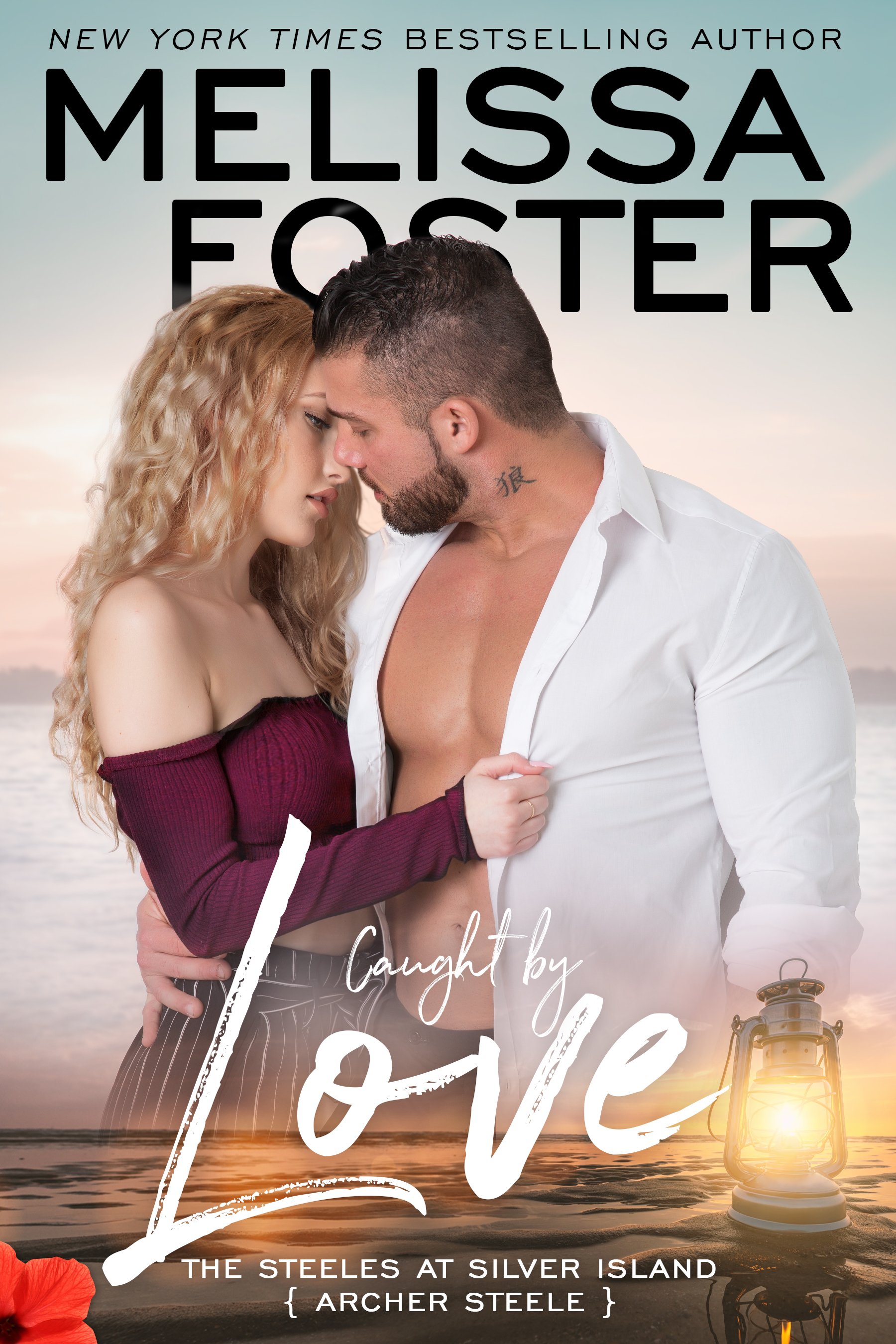 I CAN’T BELIEVE I slept with him again. Eight hours into the new year, and I’ve already blown my most important resolution. Indi Oliver tipped her face up to the warm shower spray on Archer Steele’s boat, trying to wash away the regret of their latest hookup, but that regret was chased by the titillating memories of Archer’s strong hands on her skin, his gruff demands echoing in her head, and the rush of lust billowing inside her again with nothing more than the thought of him.

This has got to stop.

The shower door opened, and she willed herself not to look at the scorching-hot beast of a man as he stepped in behind her. She tried to ignore the spine-tingling desire clawing up her skin as he pressed his hard body against her back. His greedy hands slid up her belly, palming her breasts as if he owned them, teasing her nipples so exquisitely, a moan escaped. Damn him.

He nipped at the base of her neck, growling, “Where do you think you’re going? I’m not nearly done with you.”

“Archer…” She hated how needy she sounded, but she had no control around him.

“That’s it, baby. Say my name again. You know what that does to me.”

Did she ever. He was so arrogant, he wanted her to acknowledge who was giving her pleasure every time they were together. As if anyone else had ever been able to make her feel the incredible way he did.

He ground his hips against her, one hand slipping between her legs, taunting her, masterfully zeroing in on the magical spot that had her eyes closing, her head falling back against his broad, muscular chest. She really liked being with him. He felt so good, so safe and real. But she knew better. He might be authentically Archer, not fake and full of pretense like the Big Apple models and actors she did hair and makeup for, but he definitely wasn’t safe. Her best friend Leni’s older brother was the playboy of Silver Island, a world-renowned vintner who took what he wanted and made no apologies. He lacked the charm of his other siblings, but damn. What he lacked in charm, he made up for in raw sexuality. He was rough and greedy, bigger than all of his brothers, like pure sex on legs with his military-short dark hair and trim beard, which made him look a bit menacing and amped up his badass allure. Everything about Archer was big, from his thick thighs and barrel chest to his bulbous muscles and formidable cock. Indi secretly thought of him as Hurricane Archer, because she could feel a storm brewing inside him at all times. Sometimes it was pent-up desire wafting off him like a gale-force wind, but at other times another force seemed to stack up inside him and pulse in the air around him. She didn’t know what that was, but it called out to her with the same vehemence as the testosterone he wore like aftershave, getting under her skin in the best and the worst ways.

“I have to go,” she said half-heartedly, struggling against her hunger for him.

“I think you mean you have to come.”

He squeezed her nipple with one hand, teasing between her legs with the other, and her traitorous body nearly combusted. “We’re less than ten hours into the new year, and I’ve already blown my resolution not to sleep with you.”

“Nice to know I made resolution status.”

His cockiness was as frustrating as it was scintillating. He chuckled against her neck, quickening his efforts between her legs, sending rivers of pleasure slithering through her. She went up on her toes, and he pushed his fingers inside her. His thumb pressed on that bundle of nerves that wreaked havoc with her ability to think or feel anything but the orgasm building, pounding, swelling inside her, consuming her entire being. “More…don’t stop…oh God, yesss.”

His thumb stilled, and a whimper escaped as he gritted out, “Say my name, Indi.” He underscored his demand with a bite on her shoulder and withdrew his fingers.

She grabbed his wrist, holding him where she needed him most. “Archer, please—”

“Fuck.” He spun her around, pinning her back and hands against the cold, wet tile, and crushed his mouth to hers. His hard length pressed enticingly against her belly. Ever since they’d first hooked up, their connection had been so intense that they’d both been eager to ditch condoms early on, and they’d taken steps to make that happen safely.

They feasted on each other as if they hadn’t just spent the night ravenously devouring each other every which way they could. This was what she craved. The unrelenting, all-consuming passion that practically oozed from their pores every time they were in the same room. She knew he was all wrong for her. Knew she had to stop this madness since she was thinking about moving to the island and opening her own business. The last thing she needed was her name connected to a man who everyone knew would never settle down, but as he tore his mouth away, dipping his head to suck her breast, those thoughts fractured and she cried out, swept up in the pleasure coursing through her. He dropped to his knees, spreading her legs wide, and then his mouth was on her, his scruff abrading her thighs, obliterating everything other than the whipping thrills of being caught in his torrent as she shattered against his mouth. Her fingernails dug into his shoulders, and his name shot from her lips like a curse. He stayed with her as her body bucked and shook, until she went limp against the wall.

He rose to his feet, lifting her into his arms, then lowering her onto his thick shaft. Renewed lust zinged through her as he pumped and ground. Why did he have to feel so damn good? His eyes remained trained on hers as she rode him like a fucking bronco. As if he could read her mind, he smirked victoriously. She lowered her mouth to his, kissing that arrogance off his lips, swearing this was the very last time she’d have sex with Archer Steele.