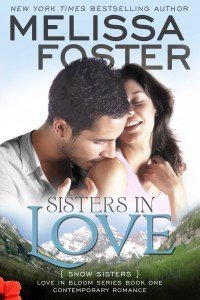 The line in the café went all the way to the door. Danica Snow wished she hadn’t taken her sister Kaylie’s phone call before getting her morning coffee. Living in an overcrowded tourist town could be a major inconvenience, but Danica loved that she could walk from her condo to her office, see a movie, have dinner, or even stop at a bookstore without ever sitting in a car. Every minute counted when you lived in Allure, Colorado, host to an odd mix of hippie and yuppie tourists in equal numbers. The ski slopes brought them in the winter, while art shows drew them in the summer. There was never a break. Every suit and Rasta child in town was standing right in front of her, waiting for their coffee or latte, and the guy ahead of her had shoulders so wide she couldn’t easily see around him. Danica tapped the toe of her efficient and comfortable Nine West heels, growing more impatient by the second.

What on earth was taking so long? In seven minutes they’d served only one person. The tables were pushed so close to the people standing in line that she couldn’t step to the side to see. She was gridlocked. Danica leaned to the right and peered around the massive shoulder ahead of her just as the owner of that shoulder turned to look out the door. Whack! He elbowed her right in the nose, knocking Danica’s head back.

Her hand flew to her bloody nose. “Ow! Geez!” She ducked in pain, covering her face and talking through her hands. “I think you broke my nose.” Each word sent pain across her nose and below her eyes.

“I’m so sorry. Let me get you a napkin,” a deep, worried voice said.

Two patrons rushed over and shoved napkins in her direction.

“Are you okay?” an older woman asked.

Tears sprang from the corners of Danica’s closed eyes. Damn it. Her entire day would now run late and she probably looked like a red-nosed, crying idiot. “This hurts so bad. Weren’t you looking where—” Danica flipped her unruly, brown hair from her face and opened her eyes. Her venom-filled glare locked on the man who had elbowed her—the most beautiful specimen of a human being she had ever seen. Oh shit. “I’m…What…?” Come on, girl. Get it together. He’s probably an egomaniac.

“I’m so sorry.” His voice was rich and smooth, laden with concern.

A thin blonde grabbed his arm and shoved a napkin into his hand. “Give this to her,” she said, blinking her eyelashes in a come-hither way.

The man held the woman’s hand a beat too long. “Thanks,” he said. His eyes trailed down the blonde’s blouse.

He turned toward Danica and handed her the napkin. His eyes were green and yellow, like field grass. His eyebrows drew together in a serious gaze, and Danica thought that maybe she’d been too quick to judge—until he stole a glance at the blonde as she walked out of the café.

Asshole. She felt the heat of anger spread up her chest and neck, along her cheeks, to the ridge of her high cheekbones. She snagged the napkin from his hand and wiped her throbbing nose. “It’s okay. I’m fine,” she lied. She could smell the minty freshness of his breath, and she wondered what it might taste like. Danica was not one to swoon—that was Kaylie’s job. Get a grip.

“Can I at least buy you a coffee?” He ran his hand through his thick, dark hair.

Yes! “No, thank you. It’s okay.” She had been a therapist long enough to know what kind of guy eyes another girl while she was tending to a bloody nose that he had caused. Danica fumbled for her purse, which she’d dropped when she was hit. She lowered her eyes to avoid looking into his. “I’m fine, really. Just look behind you next time.” Not for the first time, Danica wished she had Kaylie’s flirting skills and her ability to look past his wandering eyes. She would have had him buying her coffee, a Danish, and breakfast the next morning.

Danica was so confused, she wasn’t even sure what she wanted. She chanced another glance up at him. He was looking at her features so intently that she felt as though he were drinking her in, memorizing her. His eyes trailed slowly from hers, lowered to her nose, to her lips, and then settled on the beauty mark that she’d been self-conscious of her entire life. She felt like a Cindy Crawford wannabe. Danica pursed her lips. “Are you done?” she asked.

He blinked with the innocence of a young boy, clueless to her annoyance, which was in stark contrast to his confident, manly presence. He stood almost a foot taller than Danica’s impressive five foot seven stature. His chest muscles bulged beneath his way-too-small shirt, dark curls poking through the neckline. He probably bought it that way on purpose. She glanced down and tried not to notice his muscular thighs straining against his stonewashed denim jeans. Danica swallowed hard. All the air suddenly left her lungs. He was touching her shoulder, squinting, evaluating her face.

“I’m sorry. I was just making sure it didn’t look broken, which it doesn’t. I’m sure it’s painful.”

She couldn’t think past the heat of his hand, the breadth of it engulfing her shoulder. “It’s okay,” she managed, hating herself for being lost in his touch when he was clearly someone who ate women for breakfast. She checked her watch. She had three minutes to get her coffee and get back to her office before her next client showed up. Belinda. She’d love this guy.

The line progressed, and Adonis waved as he left the café. Danica reached into her purse to pay for her French vanilla coffee and found herself taking a last glance at him as he passed the front window.

The young barista pushed Danica’s money away. “No need, hon. Blake paid for yours.” She smiled, lifting her eyebrows.

“Yeah, he’s really sweet.” The barista leaned over the cash register. “Even if he is a player.”

Aha! I knew it. Danica thrust her shoulders back, feeling smart for resisting temptation.