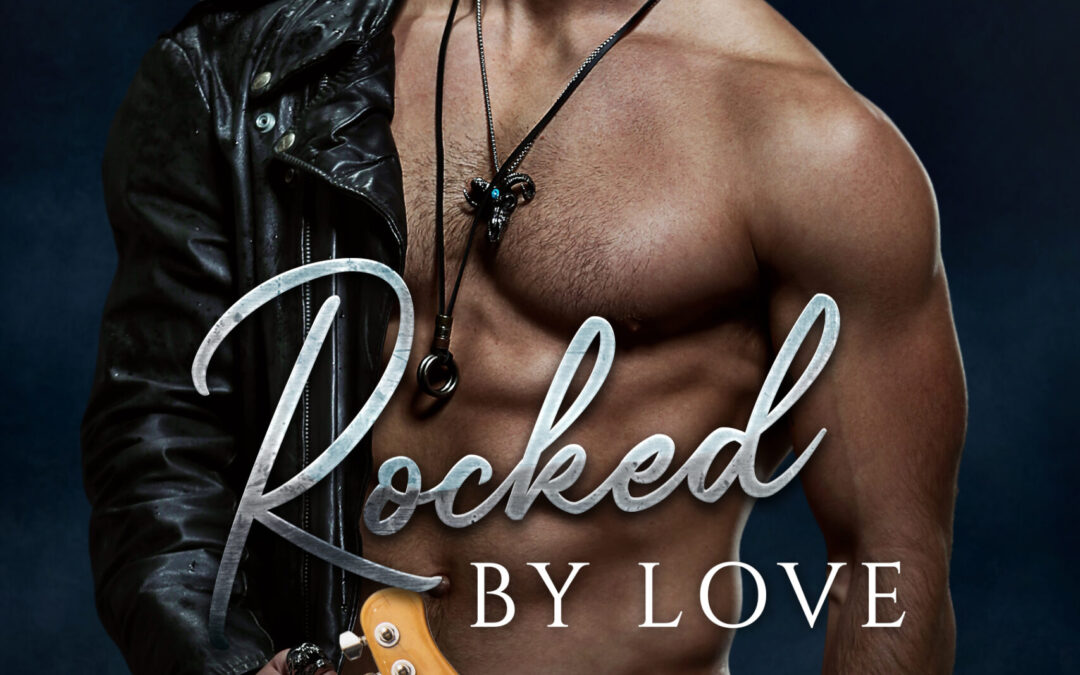 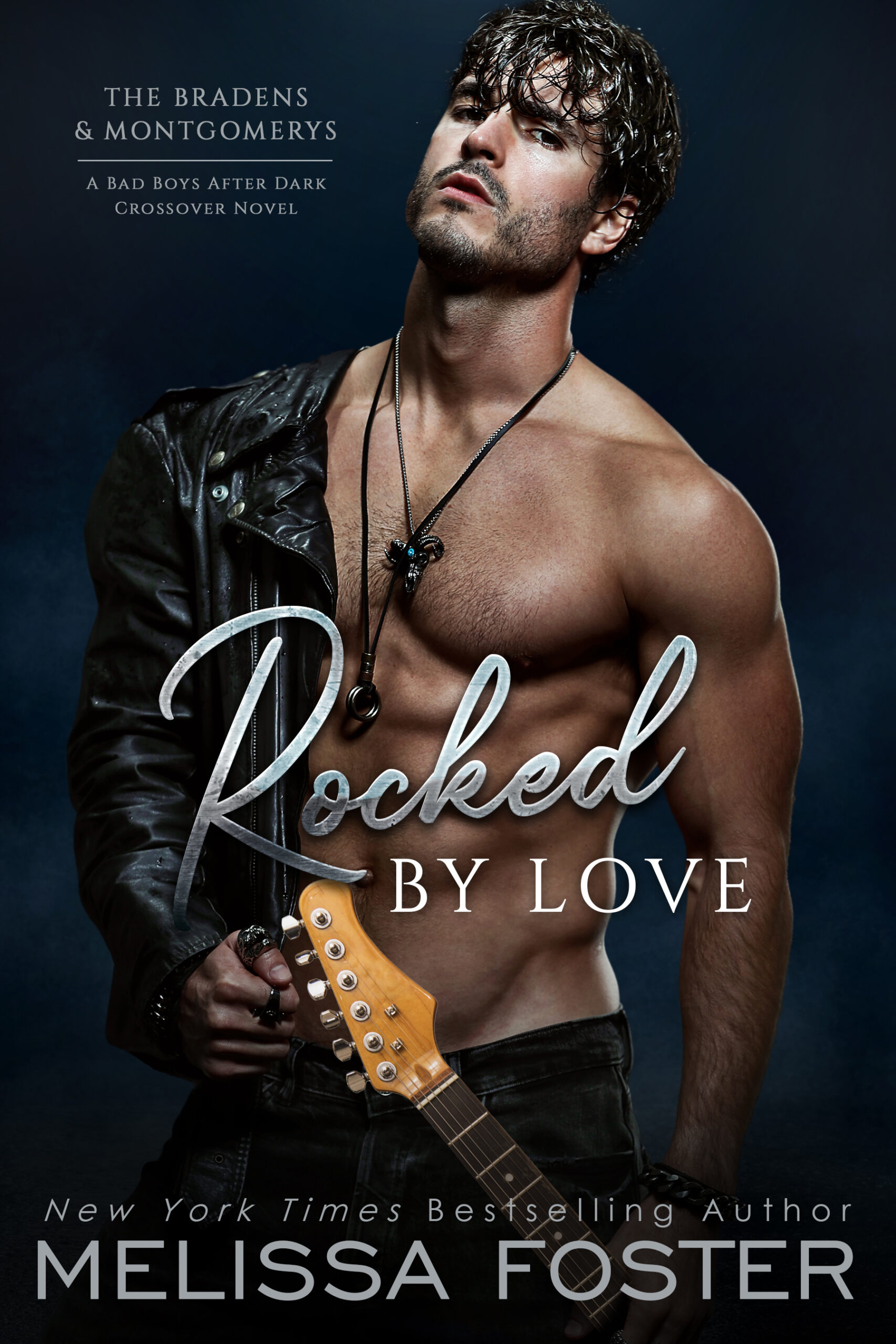 “ARE YOU FREAKING kidding me? He’s canceling our meeting again? It’s literally in twenty minutes. I’ve got a car waiting,” Jillian Braden fumed into her cell phone to her cousin Victoria, aka Victory in the entertainment world. Victoria owned Blank Space Entertainment, and she was the agent who represented rock star Johnny Bad and his band, Bad Intentions. “Does Johnny have any idea how hard it was for me to clear my schedule for two weeks at the last minute and come to New York City? Dick called me three days ago and said this was the only time Johnny could set aside to work with me.” Dick Waller was Johnny’s manager. He’d hired Jillian, a sought-after fashion designer whose designs had graced the covers of the most prominent fashion magazines, been worn on red carpets, and commissioned by the wealthiest of women, to design the band’s tour wardrobe to promote their latest album, Brutally Bad. “Why isn’t Dick dropping this bomb? Why does he always have you do his dirty work? Isn’t there some rule in your industry about not using family in this way? He doesn’t even work for Blank Space.”

“Don’t get me started on Dick,” Victoria said, exasperated. “I’m sorry this happened again, and Johnny is fully aware of how busy you are. Believe me, if there were any way around this, he wouldn’t be canceling the tour or your meeting.”

Jillian scoffed. “Sorry, Vic, but I don’t believe that for a second. Johnny is an arrogant, self-centered ass, and I have no idea why I’ve put up with his bullshit for all this time.” She needed to be jerked around by an arrogant rock star like she needed a hole in her head, but creating a wardrobe for a famed musician and his band would be a huge boon for her business, and working with rock stars had always been a dream of hers. A dream she was now regretting. “You know I put off the launch of my new Wanderlust line for the past year because of this opportunity. He’s canceled the tour and put me off three times. I realize that makes me an idiot for accepting each of the contracts, but I really wanted to believe you every time when you said he had his shit together.” It hadn’t hurt that Dick had come groveling with a new, higher-paying contract and raving about Johnny only wanting her to handle his wardrobe, which made no sense since she was known as a women’s designer, but she’d clung to that brass ring for all she was worth.

“He did have his shit together. It just keeps falling apart.”

Jillian rolled her eyes. “What’s his excuse this time? He’s having too much fun with his Baddies and doesn’t want the fun to end?” Johnny’s female fans called themselves Baddies. She’d heard he’d dumped his long-term model girlfriend last year. He was probably making up for lost time with a handful of groupies.

“You know I can’t divulge his reasons, but he wouldn’t cancel for that.”

“For a man with an entourage, he sure has a lot of issues. I should have walked away the first time he canceled.” She’d heard that Johnny was hard to work with, but she’d grown up with five loud, opinionated brothers, and she’d never met a man she couldn’t handle.

“I know how much this sucks, Jilly, and I’ll make sure you’re compensated.”

“Oh, he’s going to pay, all right. But I want to look him in the eye and tell him exactly what I think of him wasting my time like this, and then I’m going to tell him he can shove his tour wardrobe where the sun doesn’t shine.” She snagged her room key and clutch from the table and stalked toward the door.

“Jillian, I know you’re mad and rightly so. But he’s got a lot going on. At least give him time to fill in his team on the cancelation.”

A grin slid into place as she realized her luck. “I’ll give him the same courtesy he’s given me. Thanks for calling, Vic. I appreciate the heads-up.” She ended the call and stalked out the door. By the time she was done with Johnny Freaking Butthead, he’d think twice about disregarding anyone’s time ever again. She headed out of the hotel and into the waiting car. The sooner she got this over with, the sooner she could get home to Maryland and back to her life.

JILLIAN CLIMBED OUT of the car in front of Johnny’s building, hoping Mr. Butthead hadn’t yet told the doorman he was no longer expecting her. “Jillian Braden. I have a meeting with Johnny Bad.”

“Yes, ma’am.” The doorman gave her directions to the elevator that serviced the penthouse.

“Thank you.” She breathed a sigh of relief and made her way to the elevator, knowing there was a good chance the bodyguard Johnny’s manager had mentioned would be manning it had probably been notified of the cancelation.

The mountainous man had cold black eyes and looked like he was chewing on glass, but his emotionless eyes trailed down her sleek, curve-hugging white sleeveless sheath. The dress was part of her Multifarious line and had a black abstract design and a splash of vibrant blue, yellow, and pink just below the hips. It was edgy, classy, and just sexy enough to show that she knew she had magnificent assets but didn’t need to flaunt them. Based on the interest flickering in Mr. Serious’s eyes, she’d chosen perfectly.

“Yes, ma’am. I’m afraid I need to see some identification.”

“Do I look like a groupie to you?” She fished out her wallet.

“Groupies come in all shapes and sizes.”

She handed him her driver’s license. “I bet they don’t show up in five-hundred-dollar dresses that they designed.”

“You’d be surprised.” He glanced at the license and then at her as he handed it back and stepped aside, allowing her into the elevator.

“Black suits for bodyguards are overdone,” she said with a cutting edge, her annoyance getting the best of her. “Tell your employer he can do better.”

She rode up to the penthouse alone, her heart slamming against her ribs. The doors opened directly into the suite, and there in the massive living room was the famed rock star, with his dark hair messy, wearing low-slung jeans and a tight T-shirt, pacing as he barked into his cell phone.

Buckle up, bad boy. It’s your turn to be barked at. Squaring her shoulders, Jillian stalked toward the man who had already stolen far too much of her time.