Book Tour Come Back to Me Q and A
with Melissa Foster
How did you come up with the idea of making a military themed book?
My husband served 25 years in the Army as a physician. The idea for the book came to me the summer before he was to tour in Iraq, when all sorts of crazy "what-ifs" were running around my head. It seemed the perfect setting for the plight of Suha, Samira, and her children.

Tess is very believable in her thoughts of Beau being alive, what strengths did you draw on for her certainty?
Love. I am a firm believer in intuition and I would like to think that when you truly love someone, you might (not everyone, not all the time, but just maybe) have an overall intuitive feel of that type of loss. Love is a very powerful emotion, and on the other side of the spectrum, I think love alone might enable a spouse to hold on–even if their loved one had been lost.
Was it hard writing the ending of the book or did you know how would end before you began?
The ending took me by surprise, and was not at all what I had envisioned. In fact, as I wrote it, it was very difficult for me. I felt the loss of a friend, and went back and forth with myself over the outcome–but in the end, I had to be true to the story and my characters, and my characters led me to the end that is written.
Where did you come up with the title? 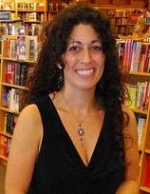 I knew the title from the moment the idea sprang into my head. It was what the book was about–on both Beau and Tess's side.
Was it hard including the pregnancy into the situation?
The pregnancy was important. Tess was not pregnant, nor was she going to be pregnant when I first began writing the story, but it quickly became part of Tess's tale and it was very natural to include it.
Are you currently writing anything more?
Oh my goodness yes. My next book is a psychological thriller, with a working title of Thirty-six Hours. It's about a deranged and obsessive twin who believes he's found his long-lost sister. Consumed with being together forever, he carries out a plan to kill them both in thirty-six hours, at the exact moment of their birth. This book is different than anything my readers have seen from me, and I'm very excited. I'm hoping they'll like it.